Recruiting Lessons From The Super Bowl

Examining how Super Bowl teams recruit will provide corporate leaders with valuable lessons on how to improve their recruiting. The first is avoiding candidate generalizations. Yes, many of the candidate generalizations routinely made by hiring managers covering age, experience, and college backgrounds would be laughed at by NFL recruiters. For example, a corporate recruit with the age and years of experience background of Tom Brady would likely never make it onto a candidate slate. He would likely be quickly rejected because he had so many negative factors like his advanced age, the fact that another firm recently terminated him, and that his degree in general studies wasn’t in any way related to the job that he was seeking. Fortunately, under the sports recruiting model, a candidate’s capabilities and performance (i.e., six Super Bowl rings) clearly outweigh any typical, “but he’s too old” generalizations and stereotypes.

Most in HR instantly reject sports analogies, but that is a huge mistake in this case. First of all, executives love them. In addition, there are multiple easy to see lessons that corporate recruiters can learn from the 2021 Super Bowl teams. These top lessons are highlighted below in descending order. And in bullet point format for an easy and quick scan.

Lessons That Corporate Recruiters Can Learn From The Super Bowl

Decades ago, I was asked to outline “The Future of Talent Management” in a talk at Google headquarters. Then as now, I predicted that the future of recruiting would follow the “professional sports model.” The results of which were major reasons why these two teams got into this Sunday’s Super Bowl. Unfortunately, many in HR carelessly make the mistake of instantly dismissing “sports analogies” as irrelevant in the corporate world. However, those individuals are failing to understand that the NFL is part of the corporate world. And that its teams are multibillion-dollar businesses with the same economic “bottom line” driven mentality and the same need to dominate their competitors. So, why not, for fun, and to gain some “street creds.” Tell your boss that you will be watching the Super Bowl, not just for enjoyment but also to learn and apply some extremely valuable and transferable recruiting and talent management lessons.

Author’s Note: If this article made you think, please help others by sharing it widely among your team and network.

Next, please join the thousands that have connected with Dr. Sullivan on LinkedIn. After connecting, you can leave and read comments on this article.

When time permits, review his 1,300 other talent articles at www.DrJohnSullivan.com. 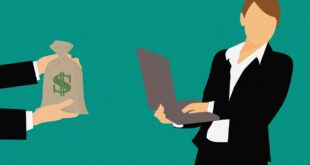 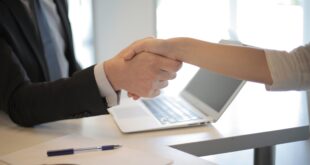