Diversity hiring fails to meet its goals regularly. Less than 2% of surveyed companies recently reported that they were “confident that they were achieving their DEI goals.”

However, I have found another much more effective and relatively easy-to-apply approach to minimize conscious and unconscious biases. It involves “blind assessments,” which purposely “strips away” (a.k.a. it hides, blinds, masks, or redacts) the individual factors that trigger biases in resume screeners and interviewers. This “blind assessment” approach isn’t a perfect solution, and it does take some effort. Still, the approach allows you to hide, redact, or “blind” almost every pre-identified non-job-related factor that triggers unconscious biases in those that assess candidates.

An example of blinding – we have learned, in most countries, to prohibit the inclusion of a candidate’s picture on their resume/CV because of the many discriminatory biases that a single picture can trigger early in the hiring process.

So, in line with today’s increased emphasis on diversity hiring. We need to raise the simple blinding concept to the next level. So that blinding is used to hide almost all non-job-related bias raising factors, ranging from pictures to demographic information and covering voice and language usage.

We Should Borrow From The More Scientific Approach Used By Others

Take the time to research blinding or masking beyond HR. You will find that numerous effective approaches have been successfully used by the FBI, the military, psychologists, and intelligence agencies. Rather than starting from scratch. In my view, it’s time to learn from the best blinding approaches practiced by these true experts in the field. Luckily, almost all of these developed outside HR blinding techniques are transferable to our hiring process. Unfortunately, one of the reasons that so many diversity hiring efforts come up short is that dozens of bias-creating factors are spread out across every step of the hiring funnel. Those multiple bias factors can be separated into four different categories. Biases triggered by 1) visuals, 2) demographic information, 3) the language that the candidate uses, and 4) their voice.

Below you will find these four bias triggering categories defined in more detail. Along with some proven blinding, masking, or redaction actions, you might choose to try.

CATEGORY I – VISUALS THAT CAN TRIGGER BIASES

This category focuses on visuals, including pictures, videos, and in-person interviews with the candidate. The biases brought out by these visuals can react to the candidate’s physical appearance. Many bias areas can be judged based on a picture. Those biases often cover gender, skin color, age, race, national origin, ethnic hairstyles, and body language. Some of the proven ways to limit visual-related biases are listed below.

Hiding video or pictures from the assessors can limit the biases triggered by even a glance at the candidate. Here are some blinding actions that you should consider.

A great deal of research concludes that seeing demographic information about the candidate can stimulate multiple non-job-related biases. Unfortunately, many non-job-related demographic factors need to be withheld or blinded, including marital status, home address, non-job-related credentials, family information, pronouns, grades, and hobbies. Information like a candidate’s full name at the top of their resume by itself can lead to an assessor’s guessing about their gender, national origin, and ethnicity.

Whenever a candidate is writing and speaking, their language can trigger biases among individual evaluators. When it comes to the language in resumes, the primary bias stimulating language factors often include their language level, grammar, spelling, and writing style. During interviews, additional negative language factors might include pronunciation, making concise points, answering questions directly, and understanding and the use of industry jargon.

Included in the following list are several language issue reduction actions to consider.

In addition to the actual language that the candidate uses during their interviews. Many biases are triggered because of what some consider to be negative voice characteristics. Those voice characteristics might include their accent, pronunciation, voice volume, voice inflection, or their voice tone’s aggressiveness.

Biases are often triggered when the voice used by the candidate doesn’t match the voice expectations of the interviewer. Below you will find several voice-blinding actions that you should consider.

If you can only do one thing – pick an open job where diversity has been an issue. And where you have at least 20 qualified resumes that have been assessed and ranked by the assigned recruiter. Next, make copies of each of these 20 resumes, and on each, replace the name with only the candidate’s three initials. Next, without explanation, ask the same recruiter to rank these 20 “initials only resumes.” Then check to see if there were a higher percentage of women among the top 10 of the “initials only” resumes compared to the percentage of women in the top 10 when the complete name was included. Don’t be surprised when you find a 15% or higher improvement in female representation.

Finally, a few miscellaneous actions can further help you minimize diversity biases. Those action steps include:

I have found that in practice, the biggest problem with instituting a blinding effort is that hiring managers and recruiters are so resistant to any change. They won’t even listen to some proven blinding and masking approaches. Also, be prepared for a few downsides. For example, when you eliminate many soft visual and verbal clues, you reduce bias. Still, at the same time, you are also likely making it much more difficult to assess soft factors like a candidate’s attitude, emotional intelligence, and cultural fit. Where fit is the single assessment element that is most likely to reduce diversity (while not accurately assessing fit), another downside is that after you neutralize or remove all of these diversity bias triggering factors. It paradoxically will be much harder to determine who among your candidate slate are diverse candidates accurately. 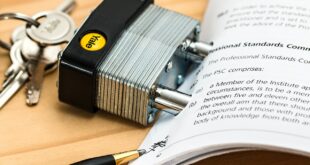 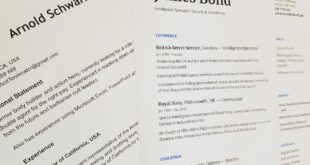 Hiring Lessons From The Resume Lies Of Rep. George Santos 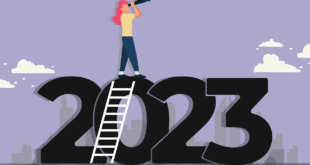 Recruiting During 2023 – The Good, The Bad And The Ugly