A minute of positive feedback can instantly make an ordinary interview memorable!

Let’s face it, in today’s challenging recruiting marketplace, a critical part of a great candidate experience is each successful recruiter must continually do things that excite the candidate and make their company stand out from all the rest. Unfortunately, most traditional interviews don’t contain a single formal element that is specifically designed to accomplish either of these two excitement goals. This element is absent, even though everyone in business knows the tremendous value added when you provide even a small amount of positive feedback to your customers or employees. So by providing the candidate with just a single minute of “positive feedback” at the very beginning of the interview (I call this time the “Positive Feedback Minute” or PFM), any company can instantly excite every one of its interviewees.

Reminding Everyone How Providing Positive Feedback Can Excite

An increased level of excitement is accomplished by asking the lead interviewer to provide each interviewee with one minute of positive feedback covering their skills and experience areas that impressed everyone enough to want to bring them in. This minute is effective because simply knowing that there were areas that impressed everyone (and what they were) will instantly excite the interviewee while at the same time also lowering their stress level. The fact that this company alone thinks enough of its candidates to provide them with honest feedback will also clearly send the message to this candidate (and those that read about the practice) that “this company is clearly different.”

No One Compliments The Candidate Because Interviews Are 100% Focused On The Negative.

From the candidate’s perspective, it is easy to see why traditional interviews don’t excite them. It’s mostly because every element of the traditional interview process they have experienced has been secretive and 100% focused on the negative. Interviewers spend most of their time drilling down on every potential weakness. It is as if the interviewer’s only role was grilling and looking for an excuse to drop this interviewee. And with everyone dwelling on the negative. The only positive element that is likely to be experienced by the candidate is their (unconfirmed) assumption that “they must’ve done something right” because they were among the few selected for the interview slate. Finally, interviewees also find little to look forward to because candidates are normally purposely kept in the dark about almost every important element of the upcoming hiring and interview process.

What exactly Is A Positive Feedback Minute? (PFM)

A “Positive Feedback Minute” begins at the very start of the first formal interview. The lead interviewer begins by thanking the candidate for applying and attending the interview. Next, the lead provides approximately one minute of positive feedback. This feedback becomes a form of praise when the lead interviewer highlights a few areas where the candidate’s accomplishments, skills, education, and experience were judged to be impressive. Impressive enough to be rated as significant contributing factors that resulted in their being added to the formal interview slate. This feedback will excite the candidate because they will know what impressed the recruiter and the hiring manager for the first time. And because they were not highlighted, the interviewee will finally have a good idea about their areas that will likely require additional information during this interview.

Below you will find examples in the different excitement areas where the candidate’s background can be praised.

If you’re trying to sell this PFM best practice to skeptics. You will need a list of the many advantages and benefits that will accrue to your company. If you really want to impress a special candidate, you should utilize this WOW white-glove treatment approach both for the interview and the rest of the hiring process.

Everyone must realize, upfront, that initial problems are always associated with even the most useful new ideas. As a result, it’s a huge mistake to avoid trying a new tool simply because of some obvious problems. In the same light, it’s also a major blunder to have “making it easy on recruiting” as anything more than a minor goal. So instead, even though you have doubts, go ahead and implement a small pilot project. After making a few adjustments, check your metrics to determine if better candidates were hired when the PFM was used (as compared to when it was not used). In any case, it still makes sense to be fully aware of the potential problems and the proven ways to avoid them. So be aware that in the past, some have experienced three noticeable problems with the practice. They are:

It’s not clear where the almost universal practice of keeping candidates guessing and in the dark originally got started. However, during our current talent marketplace, the power in the recruiting relationship has shifted toward the candidate. It makes zero sense to continue this lack of transparency and secrecy because this approach reduces your recruiting results. Unfortunately, in my experience, little will likely change until many more executives and recruiting leaders realize that their applicants and candidates are really “investors in your company.” And that these investors need to be rewarded for their uncompensated and often unappreciated efforts. By returning some value to them. Finally, if you want to learn about additional small and no-cost steps that can dramatically improve interviewing, the final addendum to this article includes many relevant links. 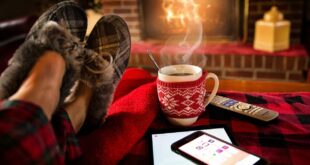