The assessment comments made by managers are so influential that they can limit contradictory comments from others. Unfortunately, many in recruiting assume that something as obscure as the order in which interviewers, during panel interviews, provide assessment comments make little difference, but they are wrong. Instead, recruiters and hiring managers must realize that the early assessment comments provided by managers are extremely powerful. Once they are openly expressed to the other interviewers on the panel (out of deference or fear of the hiring manager), they will almost always stop offering any contradictory comments.

Whether a hiring manager’s candidate preferences are expressed during the panel interview or in the discussion period right after the candidate departs, from that point on, most of the subordinates on the interview team will simply shift to being 100% supportive of the manager’s declared perspective. This withholding of accurate but contradictory interview team opinions will, unfortunately, increase the likelihood that the final panel interview scores will primarily reflect only the hiring manager’s dominant opinion. In addition, this “forced consensus assessment” will also mean that you have essentially wasted the time of all of these interviewers whose assessment opinions were suppressed and therefore never used in the final decision.

The Many Problems Created By Premature Assessments

Few in recruiting are willing to accept that the typical unstructured candidate interview process is riddled with over 50 flaws, to the point where new-hire failure rates often approach 50%. Fortunately, most interview results can improve significantly by adding only a little structure to your interview process. And, one of the high impact/low effort structural changes I recommend implementing first is to encourage hiring managers to withhold their candidate assessment comments until after everyone else (with less influence) on the interview panel team has already completely voiced their candidate assessments. Those common “influence problems” typically include:

Fortunately, premature influence problems that occur during team interviews don’t take a lot of time or money to mitigate. So here are eight suggested action steps that you should consider.

In addition to delaying the influence that hiring managers have during interviews. You can also improve interviews by heavily weighting how the candidate performs when you give them a real problem from the job that they are applying for. Videotaping each interview allows potential interviewers that could not attend an added opportunity to see and comment on the candidate. Don’t allow interviewers to utilize any personal “candidate knockout factors.” And finally, providing interviewers with an approved list of job-related interview questions. It will help minimize many legal issues while ensuring that the interview focus remains on questions directly related to the listed hiring criteria.

Trying to overhaul an entire interview process is almost always painful and time-consuming. Instead of a complete revamp, I recommend that you start improving your interviews by identifying “low hanging fruit” actions that cost little but will have a great impact. I suggest you start with the need to minimize unnecessary hiring manager influence during panel interviews. In part because I see this influence error appear so frequently. But also, because few, outside of psychology, seem even to realize how devastating its negative impacts can be. Teach your hiring managers to put on their “poker face” during interviews and withhold their strong opinions until all other interview team members’ opinions are fully presented. 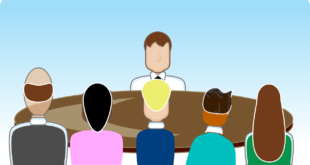 Their backgrounds cause diverse interviewees to act differently but not matching expectations may cost them a job!