When you analyze the data, it becomes instantly clear that screening out resumes because of spelling and grammar issues is a costly and antiquated practice. For example, many people simply assume that any job that requires writing can’t be successfully filled by someone who is a weak speller. That doesn’t explain why writers like Hemingway, Faulkner, Fitzgerald, and Austen all succeeded wildly despite being noted bad spellers.

Many also assume that resume errors indicate an inability to do detailed work. However, Bill Gates, Richard Branson, Steven Spielberg, and, of all people, Steve Jobs succeeded by being detail-oriented, despite having dyslexia, with its associated difficulty in spelling and identifying word errors.

It’s also important to realize that firms may literally be losing a majority of their applicants because 58% of all resumes contain errors. Some companies, like Google, have an initial resume screening software that automatically eliminates resumes containing errors from further consideration. Such a screening practice may be violating the rights of disabled, Blacks, old people, and those who have English as a second language. And of course, you’ll never know the quality of these rejected applicants and what they could really do. The finality of the initial spelling error screen-out means you’ll never interview them to learn more.

Can you imagine refusing to hire Albert Einstein because of a resume spelling error? Einstein himself noted that spelling and grammatical errors in his works were a constant source of frustration. “I cannot write in English,” he said, “because of the treacherous spelling.”

The Many Problems Associated With Using Resume Content for Spelling Assessment

The following section contains facts and data that reveal using resume errors as a screening criterion is almost impossible to justify using business, diversity, humanitarian, or legal reasons. You don’t have to read every word of this article. Simply scan through it in order to better understand the many negatives associated with this practice.

1. Screening for Spelling Will Dramatically Lower Your Hiring Results

Rather than a minor factor, research has shown that screening for spelling errors will dramatically lower your quality of hire.

2. Screening For Spelling Will Dramatically Reduce Your Applicant Pool

In a world where most firms are suffering from a lack of qualified applicants, screening for resume errors may reduce your pool by more than 50%.

3. You May Be Screening Out Based on a Non-Validated Selection Factor

You may dramatically reduce diversity and you may also lower new-hire performance unless you have validated using resume errors as an assessment criterion.

If diversity is one of your goals, requiring perfect spelling and grammar may dramatically reduce the diversity of applicants in the interview pool. In some cases, the resulting discrimination may also violate corporate values or create legal issues.

5. Whoever Does the Screening Impacts the Number of Identified Errors

6. Miscellaneous Reasons Not to Screen-Based on Spelling Errors

If you decide not to completely drop this type of screening for diversity, legal or business reasons, here are some action steps that you should take to improve your hiring results.

There is, of course, no corporate research showing that resume spelling errors have any impact on a new hire’s job performance. In the best case, I have found that they are little more than an excuse to pair down quickly a stack of resumes without a feeling of guilt. In the worst case, I have found that they are a way to secretly and hopefully unintentionally screen out people who are different.

There is simply no data to justify screening for spelling/grammar for 99% of the jobs in corporate America.

And finally, if you’re feeling generous, you might warn anyone you know who is looking for a job that misspelled keywords in your resume and LinkedIn profile will negatively impact the person’s chances of being found by a recruiter during an Internet search for recruiting targets. 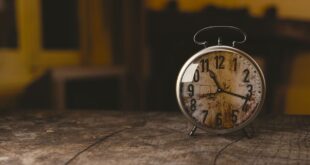 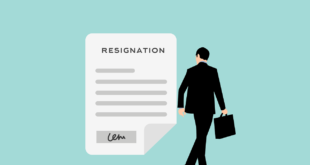