“Silent team killers” who purposely reduce their workload hurt productivity, customers, and revenue. So they are far from harmless. In fact, I call these slackers “silent team killers.” Their selfish decision to reduce their workload will crush the morale of even the strongest teams. A recent Gallup survey indicates that these disengaged workers have accounted for at least 50% of the US workforce since 2002. And if you question the high costs of keeping one of these Quiet Quitters on your team.

Realize that Zappos and Amazon have calculated the dollars of damage that they can do to the organization to be so high. In order to eliminate them, they have paid up to $3000 to induce these under-committed employees to leave. Another company, Trainual, offered $5000 for its disenchanted new hires to quit. Embark even offered a shocking $10,000 for each employee that wasn’t “right for their job” to quit.

The marketing company Gorilla has recently come up with an approach that encourages Quiet Quitters to actually leave, but on a happy note. Employees can quit, receive a 10% raise, and search for a new job for up to three months. And finally, forget any notion that Quiet Quitters are hard to identify. Everyone on their team, especially the top performers, knows who they are. They wonder why no one has done anything about these toxic employees.

There are 3 primary areas where Quiet Quitter employees (abbreviated as QQ) will directly damage your team and company. They include:

And Finally, Don’t Expect Tweaking The Job To Solve The QQ Problem

Many in HR will try to tell you that quiet quitting is caused by a variety of changeable factors like poorly designed jobs, overwork, and job burnout. However, I have found that in most cases, the problem is primarily with the employee’s inherent slow-to-change attitude and not with the job itself. Therefore, I urge you to postpone any major job redesign effort until you have updated your hiring process so that the team’s jobs are only filled with self-motivated employees. In my experience, I have found that most Quiet Quitters, unfortunately, have a sense of entitlement. So after your job redesign, most will somehow find a new excuse as to why they shouldn’t once again put forward their maximum effort.

Some have argued that today’s candidate recruiting pool for most QQ jobs now has a higher percentage of slackers in it. And that would mean that more candidates will have an entitlement mentality. Or they will slack off because they don’t really need this job because they have the option of living in their parent’s basement. However, despite any overall increase in candidates with an attitude. Recruiting leaders must realize that to fill the needs of your company, there are still more than enough available quality self-motivated candidates available. Especially if your recruiting leaders have the courage to identify and recruit the best self-motivated employees that are working across the street at your competitor (spotting them is especially easy in the retail and restaurant industries). 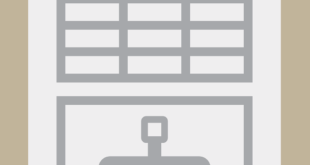 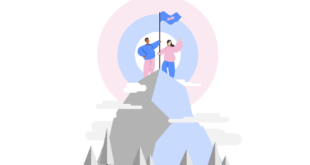