This article is not about politics; instead, it’s about how organizations can build a powerful employer brand in a short period of time. As an ardent advocate of cross-industry benchmarking (where you discover and adapt best practices from another industry), I recommend that employer branding leaders try to learn from the recent amazing image building campaign of Donald Trump. No matter what you might personally think about him, the approach that he used to successfully built his image as the front-runner candidate for president is worth analyzing. His approach is full of effective and unique approaches that are seldom even considered, no less used, by conservative and risk-averse corporate employer brand builders.

Valuable Tips to Consider For Strengthening Your Employer Brand Image

The possible lessons that corporate employer branding leaders can learn from the recent Donald Trump brand building success include:

I’m not proposing that every corporation completely follow Mr. Trump’s approach. But even if you are not personally a political supporter of Mr. Trump (I am not), it’s hard to argue against his approach that has built his name and his brand image both in business and in politics (he stands alone with Arnold Schwarzenegger and Ronald Reagan with that dual success).

Even with 16 candidates and the media continually attacking him, he has not only maintained his lead but he has also over several months clearly remained the most-talked-about candidate. And isn’t being talked about one of the major goals of any corporate employer brand campaign? Incidentally, he built his image without running a single ad and without providing many details about most of his proposed solutions. Every corporation can learn from Mr. Trump, but if your firm currently has a weak employer brand image, look at his approach, because in the political arena his brand-building approach produces results almost immediately. 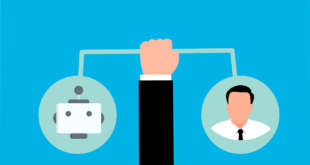