Wonder Woman – Why Every Firm Needs to Hire One 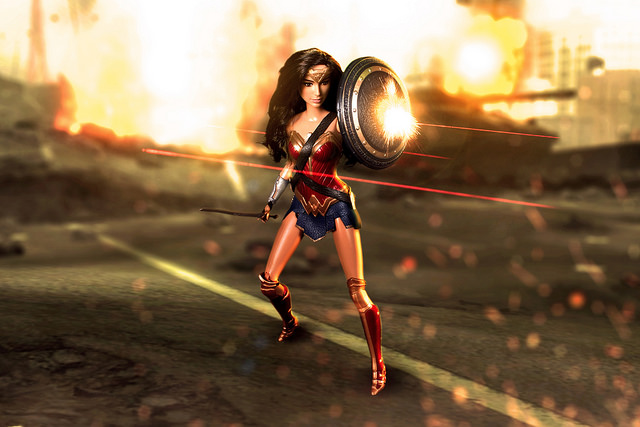 The Wonder Woman movie has been a blockbuster success at the box office, at least in part because both the main character and the director are women. Giving women the director role on major film projects is, unfortunately, rare. However, the success of director Patty Perkins should serve as a wake-up call that illustrates the value of having women in executive positions in all industries.

Why Every Firm Needs a Wonder Woman

My definition of a corporate “Wonder Woman” is a current or developing industry icon working in an executive position who adds value to the corporation beyond just their daily work. An excellent example would be Sheryl Sandberg at Facebook. She influences her firm’s products and services so that they better fit the needs of women, who make up nearly 50 percent of the world’s population.

Wonder Women also add tremendous value in the area of recruiting. Because of their visibility, they act as a magnet to attract other women leaders, as well as males who want to work in a diverse environment. Having women executives will also help to build your external employer brand image. Research has also demonstrated their tremendous impact on the bottom line. For example increasing the percentage of women can positively impact sales revenue, and when the proportion of women managers exceeds 20 percent, a firm’s revenue from innovation increases by 10 percent. Having high profile women in executive positions is also likely to increase the amount of free positive publicity that a firm gets and it may contribute to reducing a male-dominated bro culture at firms like Uber.

Anyone in the corporate world that says finding women targets for executive positions is hard is simply uninformed. The best way to initially identify Wonder Woman targets is through employee referrals. First get referrals from your current high-level female managers and executives. However, you should also seek name-only referrals from all of your top-performing employees because both your female and male employees hear and read about successful women managers and executives throughout their career.

The second-most effective approach is targeting former female employees who left your firm and might be willing to return and boomerang back to a higher-level position. And because there are a number of professional networking organizations for women, these networks should also be used to identify top-recruiting targets. You should also target female managers who are industry speakers, who write popular blogs, and who are active on social media. And finally, you should target high-level women working at your competitors. They clearly already know your industry. Hiring them will make your firm better, while simultaneously weakening your competitors.

Because you are focusing on female executives who already have a job, you can’t expect a great number of them to be actively looking for a new job. And that means that if you expect to land them, you need a longer-term continuous recruiting alternative to your standard recruiting approach. I have found that the best method to use is a most-wanted list. Identify your ideal Wonder Woman targets at the beginning of each year. And then focus on building a relationship and successfully recruiting them throughout the next year or two. This pipeline approach gives you more time to assess your targets and build a trust relationship with them. You can build that relationship through continuing communications, by meeting with them at conferences, and by having your own senior executives offer to mentor them. And when it’s feasible, also involve them in your work and your plans.

Once you build trust with these targeted individuals, you must then identify their key “job attraction factors” that you will need to meet before they will say yes to your offer. The overall key to success is to take a long-term view and to keep trying even though they may reject your first offer. If a target can’t currently accept your job offer, they may be willing to serve as a referral source for other women.

The concept of recruiting women for diversity purposes is not new. However, if you want to multiply that impact many times over, add a program that focuses on recruiting women into executive and senior-management jobs. Adopt this Wonder-Woman recruiting approach primarily because of the business impacts that these new hires bring. But do it also because attracting female industry icons will help to retain your current employees and it will also serve as a magnet to attract others who want to work at a place where both men and women share executive roles.

If you found this article to be helpful, please take a minute to connect on LinkedIn.

Dr John Sullivan is an internationally known HR thought-leader from the Silicon Valley who specializes in providing bold and high business impact; strategic Talent Management solutions to large corporations.
@DrJohnSullivan
Previous The Top 7 Ways to Get Hiring Managers to Devote More Time to Recruiting
Next How to Spot Critical Thinking in Job Candidates