What’s Wrong With Interviews? The Top 50 Most Common Interview Problems

What’s wrong with corporate job interviews? Pretty much everything.

Interviews are the second most used and “flawed” tool in HR (right after performance appraisals). They are used and relied on around the world for hiring, transfers, promotions, and for selecting leaders. After studying and researching interviews for over 40 years, I find it laughable when people think they can become interview experts simply by conducting a few of them.

Despite their many flaws, the purpose of this article is not to tell you to stop using interviews. Instead, the goal is to make you aware of the things that can negatively impact the results of an interview. My premise is that if you encounter these problems and you understand their causes, you can take steps to avoid or minimize them.

A) The 15 most critical problems that can occur with interviews

B) Problems with the interviewer

D) Psychological issues and problems —if you study the research on interviews, you will find that there are many psychology-related issues.

F) Candidate-experience related issues — most candidates either hate of fear them. Further angering or frustrating candidates may cause you to lose top candidates, hurt your employer brand, or even harm product sales.

In my experience, most interviewers have a cavalier attitude toward interviewing. That is partly because they will never know if a major mistake was made and a top candidate was never hired. However, if you 1) study and fully understand the potential problems; and 2) have some empathy for what the candidates are going through and how much they will suffer when rejected, the quality of interviews will automatically increase.

Author’s Note: If this article stimulated your thinking and provided you with actionable tips. Please take a moment to follow and/or connect with Dr. Sullivan on LinkedIn and to subscribe to his weekly article on Aggressive Recruiting.

Dr John Sullivan is an internationally known HR thought-leader from the Silicon Valley who specializes in providing bold and high business impact; strategic Talent Management solutions to large corporations.
@DrJohnSullivan
Previous Transform HR Into a Revenue-Impact Function to Increase Your Strategic Impact
Next 25 Ways That “No-recruit” Secret Agreements Can Damage Your Firm 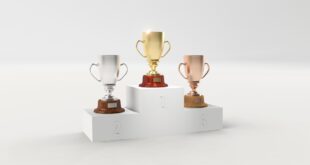