Practices: The return of talent agents; HR owns M&A; and hiring without degrees

Anyone who tracks advanced trends in talent management knows that many of them  originated in the Silicon Valley. However, you probably also know that many of the publicized practices that start in the Silicon Valley are so unique and even outrageous (like the free Sweets Shop that is part ice cream parlor and bakery at Facebook), that no firm outside of the Valley ever copies them.

The three Silicon Valley practices that I am highlighting today probably won’t require immediate action at your firm, simply because they are so bold and outrageous that conservative talent managers will not even consider them. As a result, I am labeling them “leading edge practices that you should simply be aware of.”

Practice #1 — The Return of Talent Agents Who Represent Top Talent

If you weren’t part of the recruiting profession during the first “War for Talent” at the end of the last century, you probably don’t remember the outrageous practice of bidding for talent. The practice eventually got so outrageous that one team of 16 technologists briefly even placed their team up for bid on eBay. The bidding for talent practice was further expanded when individual top technologists or intact teams hired agents who acted for them just like entertainment and sports agents.

Well, you should know that the talent-agent practice is returning with the emergence of the Silicon Valley talent scouting firm known as 10X Management. It is run by former software developers and former agents for musicians. Right now the firm focuses on freelance workers who have experience at top firms including Google, Microsoft, Apple, and Intel. At least in one case, the firm successfully bid up and tripled a freelancer’s fee. It adds value by allowing technologists to focus on their work, while their agent handles finding clients, fee negotiations, contracts, collections, and all of the paperwork.

Is it a trend? – Hiring in the technology, social media, and mobile-platform industries has already returned to a war footing, and the same will occur in other industries as the economy rebounds next year. The current success of this one firm may signal the return of the bidding war for talent, which will likely result in the introduction of more talent agents and firms.

But the reach of this practice will be limited to jobs and regions where the battle for talent is intense. This upcoming intense competition for technical talent, designers, and leaders will mean that talent managers in most industries will have to learn how to successfully deal with talent agents. And as the power shifts to the talent, firms will also need to adapt aggressive recruiting and retention approaches. Firms that do not become talent centric will simply not be able to compete, grow, and innovate at the same rate as talent machines like Google and Facebook.

Even though many in HR use the term “business partner,” it is highly unusual for anyone from HR to be actually put in charge of a single strategic business function, no less two of them. But that’s exactly what recently happened at Yahoo, where Jackie Reses, who had been the VP of people, was promoted and given the new “C level” title of Chief Development Officer. In that business role, she adds major business responsibilities in the areas of mergers and acquisitions, as well as corporate and partner development, while retaining her current people responsibility in talent management and building the corporate culture. As a result, the importance of talent management and cultural development will be elevated and placed directly under the control of a “C level” officer. It is unusual for any single VP to be given control of these four major functions, but it’s especially unusual for a VP of people who only joined the firm in September of 2012.

The power of the combined roles — The combined role makes sense because it allows for the close coordination and integration of what are often four disparate and siloed functions. It makes further sense because of Yahoo’s frequent use of the combined business and talent practice of “acqui-hiring,” where it acquires other firms for their talent, as well as their products and technology (Google and Facebook are also major acqui-hire firms). Acquisitions have always required sophisticated people-management processes in order to accurately internally place and successfully retain the newly acquired talent. Fortunately, because Jackie will help create the deals, she will already be familiar with the needs and the capabilities of the acquired talent. Obviously owning the management of the culture will also be important because of the extreme difficulty of rebuilding a corporate culture when you are actively acquiring other firms with cultures that will likely clash with Yahoo’s.

Being assigned the role of partner development means that the relationship-building skills that were previously applied only internally can now also be applied to strategic partners. The fact that she is assigned the formal role of building the corporate culture is also somewhat unique, because at many firms the culture is not formally owned by any individual. Incidentally, if the name Jackie Reses sounds familiar, it may be because she has also demonstrated her boldness in the past by authoring Yahoo’s infamous “end-of-telecommuting memo” in February and by firing a Yahoo advertising executive on a Sunday night at a New York City bar.

Is it a trend? — If there is a noticeable trend for other firms to track, it would be to begin bringing in executives to run HR who are primarily businesspeople first (Reses had never previously run an HR function and she spent most of her time in investments and private equity). An additional element of this potential trend would be dramatically expanding HR’s “development role,” so that its relationship building and “understanding people” capabilities could be spread to other important business functions like M&A. Although it would take years, this could also signal the beginning of the end for HR as an independent function. As Yahoo CEO Marissa Mayer noted, “While Jackie may be the world’s first Chief Development Officer, she won’t probably be the world’s last.”

Practice #3 — Hiring Talent Without Concern for a College Degree

For at least the last 50 years, the ticket to getting hired in the corporate world was a combination of a college degree and a number of years of work experience. There were clearly a few exceptions where college dropouts like Steve Jobs, Bill Gates, and Larry Ellison successfully ran mega companies, but for most jobs, a degree was essential. But the success of Facebook and its college-dropout CEO Mark Zuckerberg changed all of that. As Facebook recruiter Will Barnett puts it succinctly:

It would be weird for us to require a college degree. If you can build awesome stuff and have big impact, that’s all we’re really looking for.

The “who-needs-a-degree” practice was further highlighted recently when Yahoo acquired the mobile website Summly from 17-year-old tech whiz for $30 million. The firm’s owner, Nick D’Aloisio, who barely has a high school diploma, will stay on and work for Yahoo.

Numerous startups and gaming companies have learned to deemphasize degrees and instead focus on passion, capabilities, and the ability to work tirelessly. Firms like Skillshare use online portfolios, references, previous projects, and experiences in lieu of resumes and degrees. And IGN (part of News Corp.) uses a six-week tryout known as Code Foo rather than degrees to assess talent. It should also be noted that PayPal cofounder Peter Thiel has gone through two rounds of paying students $100,000 to forgo college and instead to start businesses.

Is it a trend? — The use of degrees to assess candidates is certainly not about to go away among conservative firms and risk-adverse hiring managers. But given the speed that knowledge becomes obsolete, everyone will have to eventually shift away from “past knowledge” (including education) and toward hiring based instead on an assessment of “current and the ability to acquire future knowledge.” As assessment tools improve and more work samples can be viewed and assessed online, it will be easier to directly assess talent capabilities. Even Bill Gates has recently put forth the idea of “creating a skills-based credential that is well trusted and well understood enough that employers view it as a true alternative to a degree.” Firms like Master Burnett’s and Lucian Tarnowski’s BraveNewTalent are also working toward an alternative talent assessment approach. As a result, this will be a slow growing but a real trend especially in technology and innovation jobs where both formal and past knowledge will have an increasingly lower value.

I have highlighted three admittedly unusual Silicon Valley practices primarily to give you an idea of how far and fast the leading edge of Talent Management is moving. If you work at Google or Facebook, you of course already work “in the future” but if you work in Kansas, in government, or in the retail industry, you can breathe easy because you have at least a two-year lag before any of these impact you.

If you are aware of any other leading-edge talent management practices that you would like to share, please do so in the comments section following this article on the ERE.net website. 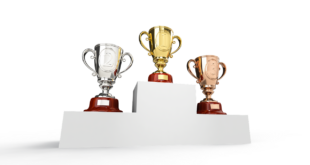