Cover Letters — Understanding Why Recruiters Must Discourage Them

The cover letter is antiquated, and it needs to be discouraged. It reduces applications and its content can result in mis-hires. Yes, overall the traditional cover letter is a dinosaur that is well on its way to extinction. But if you want to improve the hiring process, understand the reasons why you need to discourage them upfront. The harm that cover letters can create can be categorized into three areas: discouraging applications, opportunities for mis-hiring, and wasting a recruiter’s time.

My research and experience reveal that if you don’t proactively discourage cover letters, your firm will get fewer overall resume submissions.

Damage Area No. 2 — The Content Of Cover Letters May Lead to Hiring Errors

Because much of the content of cover letters is not focused on the required job skills and experience, relying on this non-job-related information may result in mis-hires. This helps explain why the previously cited Jobvite research revealed that only 26 percent of recruiters now “consider cover letters important.”

Scanning cover letters may reduce the time available for screening the actual resume.

If you want to eliminate the burden of cover letters, consider:

I have published articles recently on how traditional interviews and resumes are both becoming obsolete. Cover letters are also facing the same fate. Cover letters made sense when people frequently wrote and mailed personalized letters. However, in the world of texting, few individuals even know how to write a letter. In addition, now that an individual can apply for dozens of jobs on the Internet within an hour, the ability to quickly and painlessly “just submit your resume” is now a competitive advantage in the talent marketplace. If you want to test the impact the cover letters have on your volume of applications, post a popular job one week and require cover letters and post the exact same ad the next week disallowing cover letters. And don’t be surprised when your volume of applications increases dramatically when no cover letters are allowed.

Author’s Note: If this article stimulated your thinking and provided you with actionable tips, follow or connect with me on LinkedIn, subscribe to the ERE Daily, and hear me and others speak at ERE’s Recruiting Conference in October in Washington, D.C. 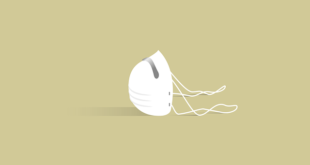 A key to recruiting success is to highlight the factors that excite and attract your targeted prospects. Today, “maintaining employee health” must be included in every recruiting message.