Need Innovation In Talent Management? — Discover How to Learn From Failure

This “think piece” is designed to get you to better appreciate the value of failure during innovation and how it can be a powerful teacher.

There are few things in business that have a higher economic value than innovation. But unfortunately, along with that economic value come a lot of issues that need to be addressed in order to maximize innovation.

One of the most common but powerful occurrences that frustrate those who are innovating or managing innovation is the frequent and inevitable failures that occur on the way to a successful innovation. The reality is that when you are trying to do something innovative that has not been done before, you will be taking a lot of risks, so the chances of completely succeeding on your first try are almost zero. What is more likely is that you will initially have several small step successes, accompanied by a number of small step failures. For example, the inventor of the famous Dyson vacuum cleaner had to build 5,126 prototypes before his innovation process was complete. The key lesson to learn is that if you want to maximize innovation, rather than trying to avoid failure, it needs to be accepted and well-managed and even embraced.

“Be willing to fail — often. Amazon recognizes that failure is a natural part of the innovation process”

Handling Failure Is One of the Contributing Factors for Increasing Innovation

There are five foundation factors that directly contribute to corporate innovation. They include increased collaboration, rapid learning, expecting innovation, stretch goals, and the ability to learn from failure. The setting of stretch goals is especially important in any discussion of understanding failure. By the very nature that they are “moonshot goals” it forces employees to take risks, which result in numerous failures. In fact, last week I wrote a companion piece on how something as simple as setting stretch goals can drive innovation. Stretch goals are problematic because when they are set correctly, you can expect between a 20 percent and 40 percent failure rate on the initial try to meet those goals. And without a special effort to help managers and employees deal with this high failure rate, in most cases innovation will slow or even stop.

The remainder of this article will focus on understanding the tremendous value of failure and how to educate everyone on how to best handle it.

Understanding the Many Benefits of Failure

The best way to get risk-averse managers and employees to learn to accept higher risks and their associated failures are to educate them on the many positive aspects and benefits of failure. Some of those many benefits include:

If you expect your employees to be comfortable with high-risk “moonshot goals” and their associated high failure rates, take steps to improve how failure is handled. Some of those action steps include:

Talent Management leaders Are All Too Frequently Risk-Averse

When you are trying to increase innovation specifically in the area of talent management, be prepared for some special challenges. The HR function has been ranked alongside accountants and lawyers as among the most risk-averse functions in business. Unfortunately, too many managers of HR functions have gotten into and succeeded in their positions at least in part because they are highly risk averse. In fact, over the last 30 years, I can only think of four corporate talent acquisition leaders who were willing to accept a failure rate of up to 40 percent (Michael McNeil, Jason Warner, Michael Homula, and Dan Hilbert). Instead, I have found that corporate talent managers are seldom willing to accept any risk above 5 percent. That means that if you expect innovation in talent management, you’re going to have to shift the culture so that employees feel comfortable with stretch goals and the high failure rates associated with them.

Whether you are a talent management leader or simply a recruiter, if you ever take the time to analyze your career trajectory, you may find that everything you have done and planning to do fits into the low-risk, low-return category. And that means if you want your thoughts of “I want to make a difference” or “I want to do great things” to ring true, you need to embrace risk-taking innovation and the stretch “moonshot goals” that accelerate it. And obviously, once you begin to take risks, you need to have a process for handling and learning from the numerous failures that you will encounter.

Dr John Sullivan is an internationally known HR thought-leader from the Silicon Valley who specializes in providing bold and high business impact; strategic Talent Management solutions to large corporations.
@DrJohnSullivan
Previous Forget Perks. Here’s What the Best of the Best Really Look for in a Job Offer
Next 20 Tips That Will Boost Your Chances of Getting a Budget Increase 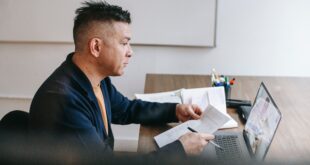