LeBron James and Stephen Curry are without a doubt both great basketball players. However, those in recruiting should also realize that these two game changers can also provide many valuable recruiting lessons that are adaptable to corporations.

Let’s start with LeBron. If LeBron James was a corporate hire, he would literally be the “hire of the decade.” He would qualify as an exceptional hire because of his performance because he has amazingly brought his team (two different ones) to the NBA championships six years straight. Corporate CEOs love sports analogies, so if you want to learn to think like a CEO, here are some critical recruiting lessons related to hiring game changers that every corporate recruiting function should learn.

The very best proactively learn from every industry, and sports shouldn’t be an exception. In fact, there is a term for it: cross-pollination.

Now, some corporate cynics might be thinking that this hiring-game-changers approach only has limited value because there is only one LeBron James or Stephen Curry. But the key thing to remember is that you don’t have to attract more than a few game changers because they will act as a magnet to attract others. And once you attract them, they will make other employees and managers around them much better. And one final advantage, if you attract even a single game changer, it may be enough to dramatically improve the visibility, the image, and the ROI of your corporate recruiting function. 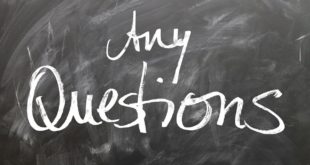