Impress Your CEO By Focusing On The Things They Care About

Contrasting the Factors That CEOs Focus On, With Those That Garner Little Interest

One of the reasons why talent managers continually strive to become more strategic is that they want their ideas and problems to be noticed by their CEO. Because executives have a strategic focus, being viewed by executives as having a strategic impact helps individual talent functions gain more support and critical budget dollars. However, a majority of talent managers simply don’t know or use the factors that CEOs care about the most. And that lack of understanding results in presentations to executives and metrics reports that fail to excite. As part of my continuing research on building successful business cases, I’ve been able to identify the factors that most CEOs and executive teams immediately embrace, as well as those factors that garner little or no executive interest.

If you want to WOW your CEO and immediately get their attention and support, here are the top seven influence factors that are most likely to perk their interest. After each factor, you will find an example of the “The best” and “The less effective” ways to successfully influence executives. These “influence factors” are listed with the highest impact factors appearing first.

Most in talent management have finally realized the importance of metrics, data, and analytics. Many talent leaders have also failed to realize that when you present new program proposals to executives, the content of the proposal must be permeated with dollar impacts on strategic goals and the language that CEOs favor. My research has found that the proposals from other business functions are accepted much more readily, not because they have a higher ROI. But instead, because their proposals are dominated by dollars, numbers, trend lines, proposed innovations, and strategic impacts. In my view, the time is right for talent managers to shift to a more business-like approach.

Once they realize that part of the reason that they lack the influence and the financial support of other more prominent functions like finance, marketing, supply chain, and sales, is because they all too frequently focus on things that CEOs care little about. The most important first step is to work with the CFO’s office to learn how to convert talent management’s numerical results into their dollar impact. The next step is to raise their focus away from simply aligning with strategic goals to directly impacting them. And finally, managers need to increase their focus on prioritization, providing a competitive advantage, being forward-looking, and increasing innovation throughout the firm.

As a result of these changes, talent-management leaders can expect quicker action on their proposals and larger budgets. So, that in addition to having a seat at the table, everyone will listen to them whenever they speak from that seat.

If you enjoyed this article, please follow me on LinkedIn

Dr John Sullivan is an internationally known HR thought-leader from the Silicon Valley who specializes in providing bold and high business impact; strategic Talent Management solutions to large corporations.
@DrJohnSullivan
Previous Reducing Unconscious Bias
Next Stop Talking The HR Talk If You Want To Be Heard 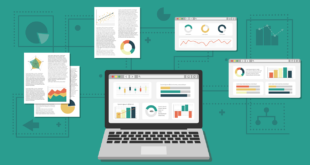