Most organizations do a weak job at succession planning, but as recent events highlight, Hewlett-Packard deserves some sort of award for completely blowing it! While the “entire story” behind the departure of CEO Mark Hurd has yet to be uncovered, it is clear the issues leading up to it were a complete surprise to the board and that no succession plan is in place. Within five days of Hurd’s separation, HP had lost nearly $11 billion in market value and become the corporate punching bag for reacting stupidly.

Lots of factors can take down a CEO unexpectedly, and major corporations have a fiduciary responsibility to shareholders to have a plan in place. While BP won’t be on anyone’s list for excellence in corporate management, even it had a well-groomed and prepared successor in place for Tony Hayward. Based on my experience and observations over the years, I’ve fashioned the following checklist to assess the success/failure of changes in senior leadership and the subsequent checklist to assess the design of succession planning.

Assessing a CEO’s Release and Replacement

Of the seven factors highlighted above, HP failed with regard to six of them;  number seven is “wait and see.” By all accounts, HP has demonstrated failure, and other organizations can/should learn from its mistakes.

If you want to avoid the common design errors and omissions that many firms make, ensure your process includes the most important features, including:

Executive tenure is declining, and events that CEOs once survived now take down their career. When volatility increases in any system, there is a need for more robust planning and risk mitigation. Unfortunately, most succession planning processes and the plans they produce are poorly designed, limiting their effectiveness. I urge you to use this checklist to assess your efforts, aim higher, and expect more.

Author’s Note: If this article stimulated your thinking and provided you with actionable tips, please take a minute to follow and/or connect with Dr. Sullivan on LinkedIn.

Dr John Sullivan is an internationally known HR thought-leader from the Silicon Valley who specializes in providing bold and high business impact; strategic Talent Management solutions to large corporations.
@DrJohnSullivan
Previous The Cost of a Bad Hire: Butts in Chairs and How to Convince Hiring Managers to Avoid Them
Next Think Piece: The Only Competency That Will Matter Is Continuous Learning 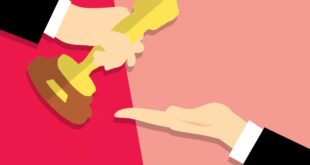