A CEO’s call is the top offer closing tool because it makes the candidate feel like they will have a continuing CEO relationship. So, why not utilize the influence power of your CEO when you have a “must-have” candidate that’s working in “an impossible to fill functional area.”

This approach is most often used at the end of the recruiting process to get a vacillating finalist to say yes to an offer. However, it can also be used toward the beginning of the process to convince reluctant prospects to apply formally. The call’s impact is great because the call itself is unusual, startling, and something that the candidate will talk about with their colleagues. And the fact that the top executive wants you as an individual to join the firm and to work directly with them is also an added powerful candidate motivator. Together these factors have consistently had a universally positive impact on candidates and their decisions to move forward. This well-established approach has been used by executives at numerous firms, including Google, Microsoft, Apple, Starbucks, and Tesla.

Understanding Why CEO Recruiting Calls Are So Powerful

These CEO calls leave a lasting impression for many reasons, including:

Benefits that accrue directly to the recruiting function

Some Action Steps And Tips To Consider

When approaching the CEO, you should expect some initial resistance.  The best way to overcome any hesitation is to show them how effective the tool is, and then offer to do all the necessary pre-contact preparation. Below are some tips for convincing the CEO to participate and some action steps covering how they should prepare for the call.

Having a CEO contact a “must-have candidate” directly makes your firm stand out. While at the same time, it helps the candidate realize that the work they will be doing is critical to the organization’s strategic future. Incidentally, the recruiting function gains a side benefit when this tool is used because the CEO gets to know the individual recruiters better and the struggle they are facing in landing top candidates. And in my view, even though the high unemployment rate now makes it easier to land most candidates. No matter the unemployment rate, this approach is often still necessary to land a game-changer candidate that is likely to get multiple offers.

Author’s Note: Please pass this article around within your team and network. If it stimulated your thinking and provided actionable tips, also please take a minute to follow and/or connect with Dr. Sullivan on LinkedIn. 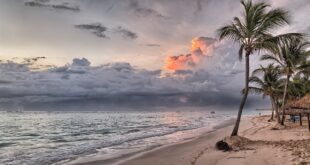