I have always encouraged recruiting leaders to borrow effective practices from the business side of the enterprise and to adapt them to the recruiting function. One current opportunity for borrowing is native advertising.

This is a powerful product advertising approach that has proven to be highly effective in engaging Internet and mobile phone users. In case you haven’t heard of it, native advertising is paid content that has the look and feel of the surrounding site so that the information presented does not appear at first glance to be advertising. These ads are called native because they blend in with the natural ambient content, style, and tone of the site.

If you’ve seen late-night infomercials that mimic TV magazine segments which are trying to help the audience member solve a common problem, you have been exposed to an early form of native advertising. The AdWords information that is found on the right-hand column of any Google search is also a form of native advertising. Forbes even allowed Fidelity to place a paid native subtly on the cover of its March 2, 2015, print edition.

Native advertising has become extremely popular on the business side and especially on the mobile platform because banner ads, pop-up ads, and even regular ads are increasingly blocked by technology or they are automatically ignored by the reader. Native ads are usually rich in information, so many of them look like articles, even though the content is focused and written by the sponsoring firm. These ads are placed on sites where the information that they contain are relevant to the visitor. They have great potential and promise in recruiting because they don’t appear to be recruiting ads, so they are more likely to be read by the so-called passive candidate who is not looking for a job. And because they actually do contain useful information, they have a high engagement level. And even after the reader discovers that they are paid content, they generally do not produce a negative reaction.

An Illustration Of A Native Recruiting Advertising

The following section contains an illustration of what a native ad in recruiting would look like. Because the ad is focused on recruiting engineers, it would be placed on a site that is frequented by engineers. A native “in-feed” ad that is described below would appear mixed in with other content.

The native ad, in this case, is in an advertorial format (meaning it looks like standard editorial content) so it would describe the 10 action steps in a format that looked like other articles on the site. But within this “ad/article,” the firm Googlebook would be subtly highlighted, and the reader would find periodic quotes from Googlebook engineers and also best-practice examples of how the firm does engineering extremely well. And in addition, the phrase “sponsored by Googlebook” would appear at the beginning or the end of the content.

Immediately after the “article”, there might be what are known as “discover widgets”. These are options to continue learning on the same or related topics. These discover widgets might start with the title “Additional Related Material On The Web.” One of the four options offered might be a link to additional sponsored recruiting content with a title something like “The Best Engineering Firms To Work For.” Clicking on that link would, of course, take you to a site that contains content that highlighted what it’s like to work at Googlebook.

Why Native Advertising Would Be Effective In Recruiting

The reasons why native advertising is so effective in the product and branding areas are also true in recruiting. Those reasons include:

There Are Many Weaknesses Associated With Traditional Recruiting Ads

You should start off questioning the value of standard recruiting advertising because historically there has been very little data proving that it actually results in attracting and hiring individuals who perform better on the job. Also, standard recruiting ads are at a disadvantage when it comes to convincing your target, because their mostly picture format only allows the ad to contain a few words. In addition, because these ads clearly contain 100 percent advertising content, they are often not viewed by the reader as being authentic and credible. And finally, remember that over 80 percent of the population that is not actively looking for a job simply won’t even glance at them, so traditional recruiting ads generally only work for active jobseekers.

Most native ads fit into five basic categories, which include:

By mimicking articles and other “pure content,” some have argued that native ads are deceptive. This obviously would be a major concern to the risk-adverse people in recruiting and HR. That argument certainly doesn’t hold up when you label the content as “sponsored.” When you’re using native advertising in recruiting, you are less intrusive because you are not attempting to take the reader’s money. And you might be surprised to learn that if you provide valuable content that is relevant and helpful to the reader, you’ll find that very few object to native advertising, even after they realize its paid content.

Also, remember that its growing popularity and proven effectiveness have made it a standard advertising practice on the business side at most large consumer-oriented firms.

You should test using native advertising in recruiting primarily because, in a world where most ads are never even viewed, they work. The fact is that native ads are actually viewed more frequently and their readers are more fully engaged when reading them because they contain useful information and only a subtle employer branding and recruiting push. As more recruiting leaders become aware of this approach, by the end of next year they will become mainstream in recruiting. 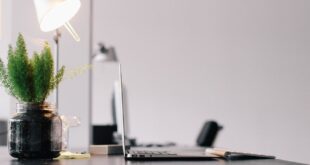 Hire A Director Of Remote Work – To Improve Productivity and Innovation

The highest impact decision on productivity and innovation over the next 2 years will be finding the optimal mix of on-site, remote work, and robotics.