15 Ultra-bold Recruiting Practices — Are You Falling Behind Your Competitors?

by Trena Luong and John Sullivan

In case you haven’t noticed, the world of corporate recruiting has become so intense that formerly rare aggressive and ultra-bold recruiting practices are now becoming mainstream. Of course as a professional, you know that you have an obligation to keep up with the latest practices, but your outdated recruiting approach is damaging your firm. Are you willing to explain to: your managers why you can’t hire top performers?;  your employees why they can’t work alongside the very best?; your customers why your products have outdated features?; and to your shareholders why your company can’t grow because of its inability to recruit top talent?

We have broken these current (and relatively recent) unique and outrageous practices into four different categories. We are confident that you will find each of the recruiting elements in each company example to be unique, bold, and aggressive.

Referral programs don’t require great recruiters, and because they are so effective in producing top-performing hires, they are continually adding bold features.

B) Aggressively recruiting talent away from your competitors (poaching)

Because most top talent is currently employed, firms are once again beginning to raid other firms for their talent.

Offering large referral bonuses works even better in conjunction with a sign-on bonus that goes the next step and also motivates the new hire to accept.

Additional bold practices in recruiting – because of space limitations, we can only list a handful of unique bold recruiting practices here. However, you should be aware that there are numerous other emerging practices in recruiting. They includeacqui-hiring, allowing prospects to apply for jobs directly through the mobile platform, recruiting freshman in college, and combined product/employer branding ads on TV. Also don’t be surprised when you see video job descriptions, video interviews, online applicant simulations for assessment, and the use of Internet “hangouts” for recruiting.

After years of stagnation in a down economy, corporate recruiting is once a gain shifting toward more aggressive and bold approaches. For those in the field who are innovative and risk-takers, this is clearly an exciting time. For traditional recruiters and hiring managers who are unwilling to be aggressive, we predict that it will be an unhappy and frustrating next year. This is because those unwilling to change and adapt will encounter increasingly weak recruiting results as they fall behind their more aggressive competitors. And because the speed of change in recruiting is so fast, once you fall behind, you may never be able to catch up. 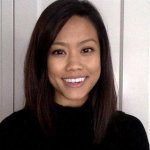 I am a recruiter currently partnering with Dr. John Sullivan on several projects including how to recruit STEM Women, Recruiting Best Practices, and Metrics. Within my 2+ years experience in human resources, I have completed Full cycle recruiting, sourcing, screening, interviewing, presenting, and placing direct hires and temporary candidates in various positions. I also have worked in (organization) management, and HR consulting.

With a tremendous lack of Diversity in tech in the Silicon Valley, I decided to put my focus towards recruiting STEM women into key impacting jobs (sales, customer service, design, and C level), identifying the barriers that STEM women have in each phase of a recruiting process.