I hear HR professionals say they want to be strategic but often their actions indicate otherwise. Take the all too commonly used “cost per hire” metric. Sure it’s used by lots of people but so is astrology. Let me explain what’s wrong with it and how it could be improved. What’s wrong with cost per hire?

Cost are generally not strategic without the corresponding quality measures to go with them. Calculate the return on recruiting dollars and if it’s high enough your CEO might want you to actually spend more on it! Great employment is recruitingquality people who produce more per dollar of salary paid than those we hired last year (and that produce more per $ than the people hired by the competitors). Track the productivity of our hires and forget the cost per hire as a primary metric. Don’t ignore costs but you have to spend more money to get great people. Do you really think the CEO would care about such a small cost item as cost per hire if you hired someone as good as Michael Jordan!. Remember the cost of driving a mile in a Yugo is lower then driving a mile in a BMW?If you watch costs too closely you might end up walking home!

Dr John Sullivan is an internationally known HR thought-leader from the Silicon Valley who specializes in providing bold and high business impact; strategic Talent Management solutions to large corporations.
@DrJohnSullivan
Previous How to Ruin a Great Recruiting Effort with the “Orientation From Hell” – Part II
Next Instead Of The Cost Of Hire?Measure The Cost Of A Bad Hire 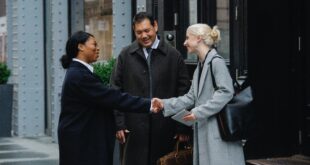