What a difference a decade makes. Ten years ago the U.S. economy was emerging from a slump, and as corporations maneuvered to garner a piece of the growth, it was clear that there was going to be a war for talent. In the years that followed, news story after news story spoke of the shortage of technology workers, while the same issues silently struck retail, healthcare, construction, and almost every other industry you could think of. In the midst of the war, the concept of “employer of choice” branding took hold, and it seemed everywhere you looked this company and that company were now employers of choice! But being an employer of choice is a lofty goal. Real employers of choice do not self-proclaim the status; they receive it as an award by those people who know them best: their existing and potential employees. That’s not to say that employer-of-choice status is not an engineered thing; it most certainly is. Developing an employer brand, or an organizational brand for that matter, is a very strategic activity. A brand takes time to build, and can have a dramatic impact on corporate performance, both positive and negative. As we have seen this past year, brands which took numerous years to build can be destroyed in a matter of days when firms come under public scrutiny for business practices that don’t live up to the standards set forth by the brand. Passing Scrutiny All corporations, if subjected to enough scrutiny, would yield numerous skeletons in the closet. Each of these skeletons could cause damage to an organizational brand and, more importantly, to the bottom line. While you may not believe your organization has much to hide, there are many things about your organization you as a recruiter do not know. In recent years numerous corporations have been hit with news stories that in reality had nothing to do with the business, other than that the individuals involved were associated with it. A brand should be able to survive such scrutiny; unfortunately, many organizations try to paint such a glorious picture that the slightest bit of scrutiny can destroy the brand. Target the Attainable, Be Honest When it comes to branding in the employment function, recruiters need to make sure they are developing an employment brand their organization can live up to. Statements about the culture, values, people, programs, and core skills of the organization must be tested with current employees and newly hired employees to see if they believe the organization lives up to the words. Time and time again, organizations have been surprised when testing identified that employees’ views were often radically different than those management would expect. In one retail case, testing identified that many of the views management expected to be expressed by the part-time labor force were actually expressed by the retail managers, and vice versa. The Costs of FailureFailing to craft a brand that others see as honest has some fairly stringent penalties. While those penalties most relevant to recruiting include increased turnover among new hires, and increased difficulty recruiting top talent, more severe penalties can range from massive loss of market value to scrutiny that results in government investigations and civil lawsuits. Being Honest Doesn’t Mean Being Homogenous While honesty in branding is critical, don’t go too far. One of the most critical mistakes recruiters make when crafting and implementing tools that help establish a brand is that they go bland. But the primary goal of developing a strong brand is to differentiate your organization. Unfortunately most recruiters craft value propositions (sales points) that fail to distinguish and can be easily executed on by competitors. Examples of such statements include:

Each of these examples seems great. But what could stop a competitor from saying the same thing? The answer, of course, is nothing.Conclusion It appears as if we are once again emerging from an economic slump (knock on wood), and soon the war for talent will once again go full scale. There will be winners and losers in the war, and those that win will use branding as a weapon in securing their success. Think hard about your brand, craft something unique, test it, and most importantly, live up to it.

Dr John Sullivan is an internationally known HR thought-leader from the Silicon Valley who specializes in providing bold and high business impact; strategic Talent Management solutions to large corporations.
@DrJohnSullivan
Previous Why Don’t Directors of Recruiting Become VPs of HR?
Next Why HR Stinks at “Execution” 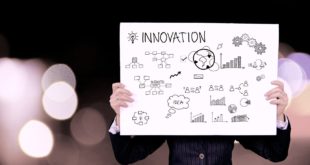 Increasing Innovation Among Your Remote Workers – Ideas To Try

After your firm eventually expands its remote workforce to over 50%, anticipate a boost in productivity. Also, expect a painful reduction in innovation unless you take the right proactive actions.