"Old think" is a form of thinking dominated by the capstone view of HR as an overhead function with no direct impact on productivity and profits.  It focuses on preserving antiquated processes, reporting about what has already happened, administering benefits few employees use and other non-strategic processes.  In “old think” HR departments each HR function operates as an independent silo, each continuously “doing things” without measuring the bottom-line impact on the business. Many excuses can be made for why the silos have come to exist, but none stands out more than the lack of a unifying incentive that rewards HR people for working together or for producing an overall measurable HR output. In addition, "old think" HR relies on building relationships to get things done while other business units rely on data to make their decisions. It also defends the "politically correct” instead of focusing on tearing down the bureaucracy.

"New think" represents a change that to many will seem radical. It has but one simple focus and only one goal, that is…

I am not trying to be subtle here, so if you are reading this article in order to find ways to improve HR by only five percent stop reading now, that's "old think" HR.  Old thinking dictates a conservative approach with no dramatic changes and little risk-taking.  HR currently changes gradually because it spends too much time on "benchmarking" and copying others.  There is no attempt to develop HR as a source for gaining competitive advantage. If HR is to prosper, it needs to develop "new think" HR, where HR attempts to make dramatic impacts, rather than just incremental changes.

"New think" HR looks at people as an asset, a business tool that is no different than any other business asset.  Now before any of you "old" HR thinkers start whining, bear with me for a minute. It's time to face facts, CEO's and CFO's invest money in resources, whether it be marketing, R&D or people, they have no pre-set preferences.  They expect all assets to demonstrate a return and naturally they invest the most dollars in those assets that provide:

It's time to stop fooling ourselves by believing that "human assets" have some special standing. It's time to realize that HR’s primary job is to prove:

2)      That the professionals in the HR department know which tools, programs and strategies will get the highest performance from our people assets.

"Old think" HR people will immediately respond by saying "but people need to be treated differently" or "what about the human element"? Well, I say that is "old think" and that these HR people are out of touch with business reality.  Remember we changed the name of our function from personnel to "human resources" because that new name more accurately reflected what we do, manage resources!  Well what we should be doing is trying to get the most out of these "human" resources, and make no apologies for it.  If you want CEO's and CFO’s to invest in "human" resources, rather than in physical or financial "resources," then we need to drop the antiquated "old think"!

Investment dollars go to the assets with the highest rate of return.  CEO's and CFO’s generally show no "human" bias and shareholders, without a doubt, show little particular favoritism for the human element. If you don't believe me, just watch how the market responds to news of a decrease in headcount (layoff.)  They all just want high returns from their investments whether they be people or financial. An example may illustrate the point. Recently a CEO from a major computer firm explained how they were increasing their investment in R&D while simultaneously reducing their headcount by over 4000 people.  What clearer example do we need to demonstrate that HR can fail to make the case that investing in the people is more important than investing in technology?

Filters For Assessing The Difference Between Old And New HR Think

Once HR faces up to the "return on assets" reality, identifying "old think" approaches and the old thinkers within HR becomes relatively easy.

"New think" programs, ideas and people in HR fit each of the following 6 criteria:

HR Must Become The "Champion Of Performance"

"Old think" HR professionals support the underdog, the “little guy,” calling for and enforcing “equal” treatment.  Traditional HR also defends the status quo, the existing culture, and consensus decision-making. Unfortunately, because CEO’s and CFO’s are laser focused on performance these approaches essentially guarantee that HR will never" lead" or be a true change agent in the new world of business.  "New think" HR in contrast, champions top performing divisions, programs and individuals.  "New think" HR focuses it's time and resources on getting the most out of our people investment.  They champion performance and individual accountability and they ”hate ” bureaucracy!

Examples of “New think" in HR

"New think" HR people are champions of performance.  Instead of spending most of their time with bottom performers or spreading their resources equally across the organization, they focus their resources and efforts where they will have the most impact on productivity, profitability and business results. Some of the things you can do to eliminate "old think" and become a champion of performance are listed below (by their traditional HR function).

Recruiting – Increase productivity by hiring top performers in key jobs. Stop treating all positions equally and focus on the ones that have the most impact. Instead of reacting to resumes you receive, proactively seek out (hunt) the best individuals currently working in your industry.  Pre identify them, learn to understand their job "switching" criteria and then, over a period of time, sell them on your job and your company. Create a standard of measurement and collect data that identifies which sources, screening tools and "selling" techniques result in high performing (on the job) hires.

Compensation – Increase productivity by changing the way we pay people. Shift from the "money distribution department" to a function that "incents" productivity and behaviors that increase it.  Place significant emphasis and resources on non-monetary rewards and recognition.  Identify and educate managers on which kinds of pay, accountability metrics, recognition and incentives have the most impact (per dollar spent) on productivity. Measure and reward managers for great people management and for increasing productivity.

Benefits – Outsource them.  The benefits department is the "central headquarters" for old thinkers!  Providing pay for "not working" does not make you a performance champion.  If you can't prove directly with data that each benefit program increases our ability to attract and retain top performers, you're running the ultimate “old think” program… equal benefits to all based on need!

Employee relations – Improve people productivity by dropping the deadwood. Instead of giving everyone a second and third chance, run the metrics to see if investing in poor performers has a higher return than getting rid of the "turkeys" as soon as is obvious. Instead of crying wolf (we might get sued) quantify the real risks of lawsuits and develop "no-fault divorce" approaches to encourage managers to drop bottom performers quickly. Coordinate with recruiting so that you can “swap” top performing new hires for the deadwood.

Technology in HR – In contrast to what you might think because technology is involved, this is a bastion for old thinkers.  HRIT runs reports, tracks headcount, tracks the resumes of people we will never hire and provides a personal portal so that employees can change their own address. Clearly there are no major business impacts here.  Instead of running reports HRIT needs to use analytics to forecast future problems for managers.  In addition, HRIT should tell managers which HR tools "work" and which don't within our organization. Next they need to provide managers with simple to use desktop tools that provide information that allows individual managers to increase their department's people productivity, without having to go through HR.

Retention – The retention of top performers and people in "hard to replace" key positions is one of the highest ROI activities within HR yet no one is responsible for it.  In "new think" HR, retention is a primary HR function.

It's time to face reality in HR.  The "business partner" model has taken us as far as it can go.  It's time to stop being satisfied with just being a business partner and instead push to become business leaders and drivers of change.  This shift will require us to drop the traditional ways we have approached HR.

Of course dramatic change is always difficult, but there is no better time than now because most HR departments are currently being reduced and changed anyway.  View this downturn in HR funding not as a negative event but rather as an opportunity to step back and to transform HR into a "productivity consulting center". The time to start is now.  Begin by identifying the HR professionals in your organization that want to become "champions of productivity".  Teach them about "new think", make them heroes and drop the "old thinkers" like a used 8 track tape… Any questions?

Dr John Sullivan is an internationally known HR thought-leader from the Silicon Valley who specializes in providing bold and high business impact; strategic Talent Management solutions to large corporations.
@DrJohnSullivan
Previous Financial “Undercounting” in HR…What you Don’t Count Is Hurting You!
Next HR Must Assume the Role of the “What Works” Best Practice Sharing Process 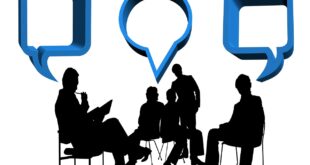 Death By Interview – Another Stealth Killer Of Recruiting Results