Don’t Pass On Game-Changer Candidates Who Are Still Rookies

Don’t Pass On Game-changer Candidates Who Are Still Rookies

Professional sports lead the way in recruiting “game-changer” candidates who are only rookies, while in the corporate world, most of them are simply passed over. If you’re not familiar with the term “game changer,” they are high-impact hires who soon after joining a team, end up completely transforming it. They move beyond being just top performers because they can be further described using words like stunning, remarkable, exceptional, or extraordinary.

There are two types of game changers: experienced ones, and rookies. Experienced game-changers are relatively easy to find because they have work experience and have a proven track record. But there are also “rookie game changers,” the subject of this article. Rookie game-changers are individuals who are just entering a new field and who are so extraordinary that you are stunned when you meet them or read about their amazing accomplishments. LeBron James, for example, was identified as a rookie game changer while in high school, even though he never played a single game in college or the NBA. In the business world, the youthful Steve Jobs, Bill Gates, and Mark Zuckerberg were all rookie game changers.

Unfortunately, I frequently see recruiters and hiring managers in recruiting pass over these extraordinary rookies, even though they are destined to change the recruiting industry. For example, as a college professor, each year I select one of these extraordinary students to be my research assistant and TA. And after a year of intense development in recruiting, I am routinely surprised when these breathtaking individuals still encounter job rejection simply because they’ve never held the formal title of recruiter. Last year it was Trena (who after a few rejections eventually ended up at Google); this year it has recently happened toKim; next year I expect it will happen again to Ted. Because I’ve had so many wildly successful TAs, I shake my head when firms — that actually admit how exceptional these individuals are — still pass on them simply because they have never had a formal corporate recruiting title.

Obviously you can’t hire them if you can’t find them. So be aware that you can’t always identify rookie game changers through their resumes or LinkedIn profile because both are often weak. This is because they are generally busy producing solutions, so they don’t have time to update their job search materials. In my experience, the four best ways to identify rookie (or experienced) game changers include:

What Makes These Rookie Game-changers Extraordinary?

These rookie game changers may be college students, college dropouts, or they may simply be individuals trying to enter a new career field. But if you expect to accurately identify them, note the factors they have in common that give them their extraordinary potential. In my 35+ years of mentoring, helping interns, and helping corporations assess talent, I have found that rookie game changers share these characteristics:

In my experience, among all recruiting mistakes, missing out on rookie game changers is near the top because 1) of their immediate business impacts, 2) the career trajectory of these individuals will one day make them VPs, and 3) once they get even a little experience under their belt, you will likely no longer be able to land or afford them. Most college recruiters look for grades, awards, or for perfect CV’s. But I have found that that narrow approach will lead you in the wrong direction because real rookie game changers focus on projects rather than grades.

Also, it is rare that a dean or department chair would know the name a rookie game changer. Instead, identify everyone who has a track record of successfully identifying extraordinary rookie talent. These “talent scouts” have probably already sought them out and they likely also went the next step and mentored them.

Dr John Sullivan is an internationally known HR thought-leader from the Silicon Valley who specializes in providing bold and high business impact; strategic Talent Management solutions to large corporations.
@DrJohnSullivan
Previous [Webinar] 15 High Value Action Steps… To Elevate Your ERP to the Next Level
Next Administering Your Talent Metrics To Ensure Success 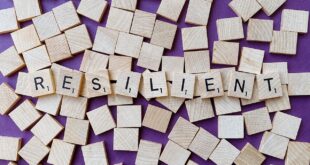 Company’s facing continuous volatility may need to depend on successfully hiring resilient candidates for survival.