You may not have realized it, but a growing number of functional excellence awards programs are promoted, sponsored, and, in some cases, even organized by corporations. From math challenges to contests aimed at identifying the best customer service associate in a local geography, these events are quickly becoming a powerful tool used by organizations to build a who's who database of talent. Even events that are not corporate affiliated are hunting grounds for good recruiters. Why are contents growing in popularity?

Well, isn't it obvious? If you wanted the fastest runner, what better way to find him or her than to wait at the finish line of a foot race? If you wanted someone that could dunk a basketball, the winner of a slam-dunk contest would be an obvious choice. Want the best golfer? Look for the one with the brand new tacky green jacket (at the Masters). Finding the best in business is just as easy.

If you want to identify the very best, it should be obvious that you should target any process that sorts through hundreds of professionals and then identifies the very best. Now is the time to begin looking at the winners of professional awards and contests as recruiting targets. Better yet, maybe you should consider sponsoring your own contest as a sourcing channel. The very best are not hard to find; their names have just been called as award winners.

Recruiting at Contests? I've Never Heard of That!

Now, maybe you're thinking to yourself, "I've never heard of that before," or "My company would never do that." But, before you start thinking negatively, realize that the practice is actually quite common. Notable firms like Google, Microsoft, Yahoo, Intel, UBS, Bloomberg, Motorola, and even the National Security Agency have used contests as recruiting mechanisms. If you haven't used them, you're missing out on one of the most cost-effective mechanisms for identifying the very best. If you haven't seen it, it might be because most awards and contest recruiting is stealthy.

The Benefits of Recruiting Contest and Award Winners

There are numerous reasons why you should recruit contest and award winners. Some of the primary reasons include:

Still Not a Believer? Would You Believe That a Contest Can Find Gold Underground?

How about a contest to find gold underground that was won by someone a continent away that never set foot in the mine? In this example, a contest was held to find a business solution.

Rob McEwen, a former banker with Merrill Lynch, followed the dreams of his father who had a passion for gold. Rob became a majority shareholder in Goldcorp, Inc., which owned an underperforming mine in the Red Lake gold district of Ontario, Canada. The mine had extremely high operating costs, labor issues, and was producing less than one-third the gold that other neighboring mines were producing.

Rob looked at the output from a neighboring mine and decided he needed another way to find it. This industry had historically relied on hiring large teams of geologists who would conduct site studies, take core samples, and predict where the gold was, but this approach was not proving successful. Desperate, with resources being depleted, Rob's investment wasn't looking like a good one.

While attending a conference on open source technologies at MIT, Rob was struck by the effectiveness of the open-source model. He soon realized that what he needed was a new way to get hundreds of scientists and geologists whom he could not afford to put on the payroll to help him find his mine's gold. With this in mind, he made a risky move. At an industry conference, he unveiled the "Goldcorp Challenge," in which he challenged the best around the world to find his gold remotely. Rob made all of his company's past geological data available to anyone who wanted it via the Internet, with the premise that whoever could provide the most viable solution to help him find his gold would win the $105,000 top prize. More than 1,400 parties in 50 countries registered and downloaded the data.

To everyone's surprise, a team of geologists and geoscientists in Western Australia, thousands of miles away in another hemisphere, used the data to produce a 3-D map of the mine, pinpointing where gold would be found. They won the contest based on a judging panel of five industry experts. Once implemented, the open source solution proved to be phenomenally successful, increasing output from the mine by an amazing 10-fold. The lesson to be learned is that contests can harness the talent of hundreds of off-the-payroll volunteers from around the world producing a ROI that's nothing short of amazing.

While most contests used for recruiting purposes focus on finding talent outside the organization, some companies have found them to be profoundly effective at identifying hidden talent already in the organization. MGM Grand Hotel and Casino in Las Vegas, for instance, has used contests to identify star chefs, bartenders, and entertainers. During a black-box competition, the hotel's version of Iron Chef (in which culinary employees from different venues compete against one another), the hotel found an unlikely replacement for an executive chef in a four-star restaurant.

A 23-year-old sous-chef from one of the hotel's more budget-oriented eateries rose to the top, besting professionals handpicked by the world's most elite chefs. Under the direction of this new chef, sales in the four-star eatery have gone up more than 400%. No career planning process in existence would have predicted the move, and most organizations would have implemented processes and policies that would have prevented it. But, this approach allows the talent to shine, regardless of where it may come from. The challenge is not only a great development tool, but it also serves as a morale booster for the rest of the hotel staff; if you can produce results, you can move from a support position on the buffet line to an executive chef of a four-star restaurant in little more than a single pay period!

Some additional examples might further convince you that it's time for you to catch up and take advantage of this approach.

As you may have concluded from all of the examples provided, contests are anywhere and everywhere these days. While top candidates will walk away from recruiting processes that feature in-depth online assessment, they love opportunities to showcase what they can do, and contests and challenges provide that opportunity.

Hopefully, your creative juices are flowing and your competitive spirit is engaged, and a concept for contest or challenge is brewing in your mind. If you're ready, stay tuned; next week, we will discuss the major action steps required to take advantage of contest recruiting.

Dr John Sullivan is an internationally known HR thought-leader from the Silicon Valley who specializes in providing bold and high business impact; strategic Talent Management solutions to large corporations.
@DrJohnSullivan
Previous Narrowcast Sourcing for Specific Skills and Attributes
Next Seeking Out “Next Practices,” the Next Generation of Best Practices 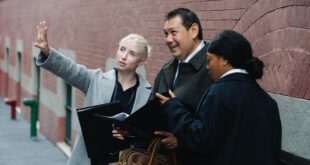