Separating the Recruiting Function From HR — A Strategic Opportunity!

Arguments for Separating the Recruiting Function From HR

Note: This “think piece” is part of a series of articles that are designed to stimulate your thinking about strategic recruiting.

Corporate recruiting can’t be completely successful in ending the talent shortage while it remains part of HR. If the recruiting function were to be made an independent business function, after being freed from the conservatism of the rest of HR its results could improve by as much as 25 percent. The two functions have slowly become incompatible. Unlike HR’s focus on compliance, effective recruiting produces immediate and measurable business impacts. In addition, the cultures of the two functions couldn’t be more different when it comes to their level of aggressiveness, risk-taking, and competitiveness.

A Snapshot View of Recruiting as an Independent Business Function

A quick view of what an independent function would look like …

As a standalone streamlined function, recruiting will transition from an overhead role into a business function with more direct accountability. And, with its higher strategic mission, its primary goal will move beyond simply filling positions. Instead, it will serve a business purpose by hiring exceptional performers who will immediately boost the business results of the teams that they join. Its independence will enhance its chances of success because it will be able to build a strong culture with a singular focus and no HR distractions. It will be able to build a shared mindset where everyone shares common goals and skill sets, which will enable the function to maintain a competitive advantage. And because jobs and business unit will be prioritized, the highest-impact needs will be filled first, accelerating a firm’s product time to market.

Recruiting has of course been an integral part of HR for decades, but that integration was primarily because HR handled the administrative part of the hiring transaction that was owned by line managers. Today, when you compare the two functions (forgive me for making some generalizations here), the differences in goals, strategies, and approaches are stark. So, here are the top 12 reasons why the recruiting function should be made independent from HR, with the most impactful justifications listed first.

You Must Anticipate a Range of Potential Roadblocks to Separation

When they are reviewed, most agree that the pros for an independent recruiting function far outweigh the cons. But even with these many advantages, most of the historical attempts to make this split have been problematic. In fact, the idea was quickly rejected years ago when I was chief talent officer at Agilent Technologies. The most prominent resistance factor that I have uncovered is internal politics. I have all too often found that those with a long tenure in HR are consistently resistant to change, but they are particularly resistant to any change within HR. Expect open political infighting and even sabotage on the part of the old guard in HR.

The next common problem that should be anticipated is that those currently working in recruiting won’t have the required skill sets or even an interest in making the transition to the new independent model. Transfer these individuals into HR. Replace them with more aggressive, data-driven, and business-oriented external recruits.

The third significant issue is likely to be the difficulty in increasing the level of collaboration and process alignment, especially between the new standalone recruiting function and the interdependent functions of compensation, relocation, onboarding, initial training, and workforce planning that are to remain part of HR. Also, expect the reporting relationship of the new function to be an issue (the optimal approach is reporting directly to the COO or the CEO).

Finally, as an independent function, recruiting will have less influence on ensuring that the HR function measures and rewards individual managers for great hiring.

Before you tackle the many separation challenges and to make a successful argument to corporate and HR executives, you will need a strong business case. The dramatic decrease in time to fill and the measurable increase in the performance of new hires should be the foundation for that business case. Unfortunately, there aren’t many long-lived examples of an operational independent recruiting function to point at. Yet, you can turn that around and make it a strong selling point because being the first in your industry to separate recruiting will provide your firm with a distinct competitive advantage in the continuing global war for talent.

Author’s Note: If this article stimulated your thinking and provided you with actionable tips, follow or connect with me on LinkedIn, subscribe to the ERE Daily, and hear me and others speak at ERE’s April event in San Diego on “recruiting in a candidate-driven market.”

Dr John Sullivan is an internationally known HR thought-leader from the Silicon Valley who specializes in providing bold and high business impact; strategic Talent Management solutions to large corporations.
@DrJohnSullivan
Previous Why Is It That You Can You Continuously Track an Amazon Package But Not Your Job Application?
Next Silicon Valley Recruiter’s Association Workshop on 03.20.2019 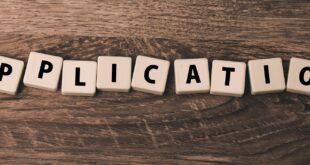 Discourage Applications From People You Will Never Hire

Are you flooded with unqualified applicants that have no chance of being hired? Proactively discourage …