Most corporate recruiting leaders wear blinders that prevent them from even considering recruiting top high school and non-degreed talent into their professional positions. Not every recruiting leader has a fear of recruiting teenagers, however. In fact the “early-age talent” benchmark recruiting standard was set a long time ago by sports recruiters.

It’s well-known that NBA basketball has prospered as a result of hiring right-out-of-high school talent like LeBron, Dwight Howard, Kevin Garnett, and Kobe Bryant who quickly proved themselves. In the corporate world, Google, Facebook, Yahoo, and Microsoft are leaders in teenage recruiting (Microsoft attempted to recruit Mark Zuckerberg after he created his Synapse program in high school). Many corporate recruiters and managers will immediately reject the concept of recruiting high school talent, but such an old-fashioned snap judgment could be costing their firms millions of dollars.

Not just athletes but talent in many different technical disciplines are developing much earlier than they used to. Perhaps the best recent example is when Yahoo acquired the mobile website Summly from a 17-year-old tech whiz for $30 million. The firm’s owner, Nick D’Aloisio, who barely had a high school diploma, was asked to stay on and work for Yahoo.

In the corporate world Google, which used to be fanatical about degrees, top schools, and grades, is the leader in the “who-needs-a-degree movement,” as illustrated by Laszlo Bock saying, “… the proportion of people without any college education at Google has increased over time … we have teams where you have 14 percent of the team made up of people who’ve never gone to college.”

He also stated that “when you look at people who don’t go to school and make their way in the world, those are exceptional human beings. And we should do everything we can to find those people.”

Because Facebook’s CEO is a college dropout, you shouldn’t be surprised to hear what the company had to say on the subject: “It would be weird for us to require a college degree. If you can build awesome stuff and have big impact, that’s all we’re really looking for.”

EA has recruited young gamers. Apple has also occasionally recruited high schoolers (Chris Espinosa, employee No. 8, was hired at 14). Obviously fast-food and retail establishments have been successfully hiring right out of high school kids for years, but those are not professional-level positions.

More Arguments and Illustrations Supporting the Expansion of the Hiring Pool

The “don’t disturb their studies” mentality is an antiquated one. Below you will find a list of examples that illustrate the tremendous value of teenage and degreeless young talent.

If you are one of the few corporate leaders who realize that recruiting top talent that may not have much formal education is an incredible opportunity, here are some action steps to consider.

Most corporate recruiting leaders are extremely risk-averse, so it’s not surprising that only a handful of firms have realized the value of hiring from this normally bypassed talent pool. Many leaders and managers hold the antiquated notion (usually supported by high school counselors, university personnel, and some parents) that a corporation should not interfere in a student’s path to completing a college degree.

This right-out-of-high-school hiring is a growing and unstoppable trend that you should get into on the ground floor. Your job is to identify the top talent in this pool and get them signed up in some capacity, so that you can begin using their ideas and skills. If you don’t act quickly and begin to build your “early age talent employer brand” and recruiting processes soon, you may never be able to catch up to the Googles, Facebooks, and Yahoos. 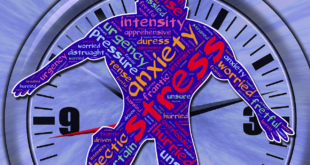 A Perfect Storm Of Distractions Will Soon Reduce Employee Productivity

The pandemic has been distracting employees for months. But soon worrying about kids at school …