How Your Corporate Culture Could Keep You in the Stone Age

What Exactly Is A “Corporate Culture?”

The corporate culture covers the basic "foundations" of what the organization values and presumably, how employees are supposed to act within those values.  The best way to find out what a organization values is to track one or more of the following: what they pay attention to, what they talk about, what they passionately defend, and what they praise and reward. If your corporate culture is working well, it provides direction to employees about what to do and what not to do in value related situations.  In an environment with a strong corporate culture individuals located in different departments or in far-flung geographic regions should act pretty much the same given the same set of circumstances.  For example, if your corporate culture emphasizes "work life balance" then the same request for time off for an outside activity should get essentially the same positive response from managers, no matter where they're located.

The term corporate culture is derived from the concept of a "country culture."  For example, the "country culture" in Japan, Singapore or Australia might "invisibly" remind its business people not to stand out as individuals (i.e. don't be a tall poppy) while a different culture in the United States might "direct" its people to be aggressive and to stand out.  The problem with even the concept of "country culture" is that it is really just a broad stereotype or generalization that has only some basis in fact.  For example, I've met business people in Singapore that were very aggressive and people in parts of the US that were happy to give all credit to their coworkers.  While a company might actually believe that it has a certain corporate culture that provides companywide consistency, the reality might be that a culture does not drive consistent actions and in fact may have the negative impact of preventing change.

The Many Dangers of Relying On Your "Corporate Culture"

What's Better Than A Corporate Culture?

If you want to avoid the "trap" of relying on your corporate culture, there certainly are more flexible approaches that do a better job.  Some of the thirteen action steps I recommend that organizations can use to get the same or better results than relying on "corporate culture" include:

The advantage of all these approaches is that they are flexible.  If corporate expectations or market expectations change rapidly, what you measure, talk about and reward can be changed rapidly so that everyone understands what is now needed.  It is agility and flexibility that makes measures and rewards superior to “corporate culture.”

A corporate culture can inhibit change because it's not written down and it's held in the "minds" of long term employees. Instead, I have recommend several substitute approaches where you get the consistency and single direction you want by instead focusing on what you talk about, measure, reward and punish. These approaches are superior because they are visible and can be changed relatively quickly.  Because they are part of the everyday fabric of the organization, when you change them, everyone will notice and then almost immediately know that expectations have changed.  In contrast, corporate cultures (almost by definition) don’t easily change.  Anything that doesn't change as fast as the current business environment changes needs to be immediately purged because of the evil it can cause. 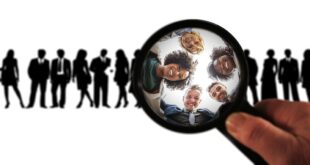