Good Decision-Makers Are Declining, And Don’t Hire Those That Think They Are A Cow

Good decision-making is needed in every job, but it’s declining in the population.

More bad news for most employers that are facing a scarcity of qualified talent… even in a fast-moving world, good decision-makers are needed at every job level. Be aware that the percentage of good decision-makers is likely already declining in the US population.  I have found that this “great decline in decision-making” is subtly happening right now. But most hiring managers are not yet aware of it. Historically, most in recruiting have simply assumed that all candidates have the essential skill of making simple decisions. So in the past, few corporations have taken the time to actually measure each candidate’s decision-making ability. And that means that there is no benchmark decision-making candidate percentage to compare against.

Examples Of This “Great Decline” In Decision-Making Are Everywhere

Let’s quickly look at an example of this decline. Unfortunately, and sadly, we now know that in excess of 100,000 US citizens are currently going out of their way to purchase and take a worm fighting cow medicine. Under the mistaken assumption that this horse/cow medicine can prevent them from catching Covid 19. In fact, if you pay even casual attention, it has become quite easy to spot a significant percentage of the population that appear to be really bad decision-makers. From college students attending indoor parties without face coverings or vaccination. And those on TikTok copying dangerous stunts like eating bleach packets To those citizens consciously ingesting animal medicine or bleach…

A Warning – The Decision-Making Ability Of The Population Is Declining

At least to me. The volume and the severity of bad decisions indicate an apparent reduction in the decision-making ability of the broad population that employers draw from. And the damage that these atrocious decision-makers could cause on the job could be so severe. Those involved in hiring must now take steps to ensure that every candidate that makes it to the interview stage can thoroughly demonstrate their ability to avoid making a single disastrous on-the-job decision. Recruiters and hiring managers must now assume that their bad external decision-making process will spill over and negatively impact their work and their coworkers. Over time this decline will also impact the global competitiveness of the US industry.

So in my view, it’s essential that hiring managers immediately ramp up their assessment of candidate decision-making. It needs to be a requirement to assess the decision-making capability of every new hire. So that individual managers can somehow exclude candidates that decide to make bad decisions by taking animal medicine (because that involves consciously breaking the law by taking veterinary medicine).

Assess A Candidate’s Decision-Making While Respecting Their Privacy Rights

Of course, you shouldn’t simply ask a candidate directly if they’ve taken the animal version of ivermectin. Under the ADA, you must respect a candidate’s privacy rights in most medical areas. And in general, realize that it’s also a good HR practice to avoid judging a candidate based on most nonwork-related decisions (including political decisions) and activities. However, it is okay and even essential that you directly assess how a candidate makes basic decisions on the job. Part of that assessment should include determining if the candidate’s decision-making process is so flawed that it does not adhere to established logic, science, and the law (it’s illegal to take animal medicine). In my view, you owe it to your shareholders to closely screen out candidates that are likely to continue to make similar bad decisions when they are working in your job.

Below, you will find various actions to consider if you adopt a broader approach for identifying and assessing candidates’ decision-making process. You should use one or more of them so that you don’t inadvertently hire any “severely challenged” decision-makers that mistakenly think they are a cow.

If you agree with my premise regarding the decline of quality of decision-making in the general working population and the downward spiral that is likely to continue. In that case, it’s essential that you immediately drop any previous assumption that good decision-making exists in every candidate. Instead, protect your customers, managers, and employees from having to deal with weak decision-makers by implementing more and stronger assessment steps to ensure that you can’t ever again hire someone who thinks they are a cow.

Dr John Sullivan is an internationally known HR thought-leader from the Silicon Valley who specializes in providing bold and high business impact; strategic Talent Management solutions to large corporations.
@DrJohnSullivan
Previous Tell Job Applicants The Odds Of Success – A Small First Step Toward Recruiting Honesty
Next It’s “The Right Time” To Raid Texas… For Its Tech And Diversity Talent 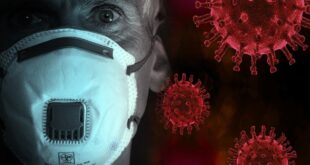