2020 Election Impacts On HR and The Workplace

This election will likely have HR impacts on diversity, unionization, paid leave, healthcare coverage, D&I training, and recruiting. And because it is better to be prepared than surprised, you should begin thinking about these changes even today.

At the start, it’s important to note that although no one can predict what will finally happen in politics precisely. It’s relatively easy to identify and begin preparing for the HR impact areas that the new administration will be feverishly working on. So knowing their intentions with some certainty, smart HR leaders should now begin planning how each of the new administration’s focus areas may someday impact HR and the employee population. However, if you are a federal contractor, it’s important to note that some of these changes might come almost immediately through executive orders. Recent Presidents have learned to rely so heavily on them to accelerate change.

HR Areas Where You Should Plan For Change

Your executives are well-read, so they are already aware of these new focus areas. So, if your company’s executives surprise you by asking, “Do we have a plan?” Smart HR leaders should at least respond with “yes” in most of the listed new administration’s focus areas that will impact HR.

Of course, depending on what happens in the US Senate, the changes outlined above may come quickly or not at all. However, if there is a stalemate, HR leaders can’t be complacent. At the same time, some of the above-outlined changes could be pending in your local state legislatures. In progressive states like California, most of the changes outlined above are already well on their way to being implemented.

Author’s Note: Please pass this article around within your team and network. If it stimulated your thinking and provided actionable tips,  please take a minute to follow and/or connect with Dr. Sullivan on LinkedIn.

Photo by Aaron Kittredge from Pexels

Dr John Sullivan is an internationally known HR thought-leader from the Silicon Valley who specializes in providing bold and high business impact; strategic Talent Management solutions to large corporations.
@DrJohnSullivan
Previous CEO Calls – The Most Effective Recruiting Closing Tool
Next Ready for an HR shock? Compare Your Workforce Productivity To Every Competitor 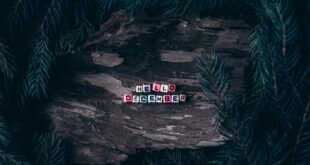